Digirig’s Kenwood cable works fine for audio and PTT with this transceiver so it is possible to enjoy the digital modes in the minimal configuration. Unfortunately TS-570D’s serial COM port doesn’t work with Digirig using the popular digital modes software options.

This gets somewhat technical for those interested. It took a lot of coffee and a logic analyzer to figure it out. 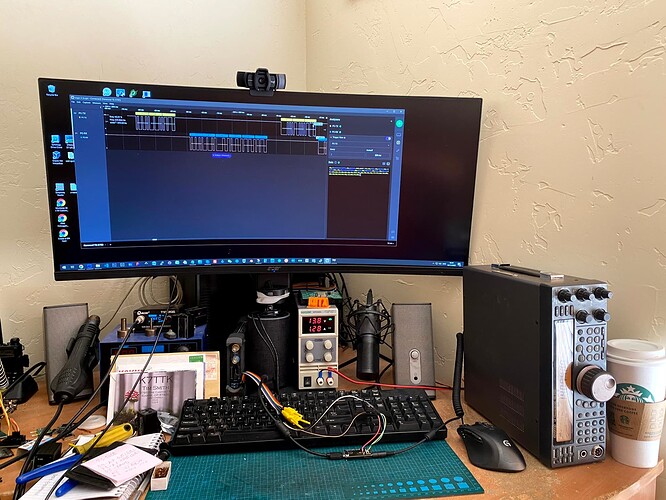 See how the transceiver is being bombarded by the commands (yellow) and keeps up for some time with responses (blue) in the beginning, but then stumbles and becomes unresponsive: 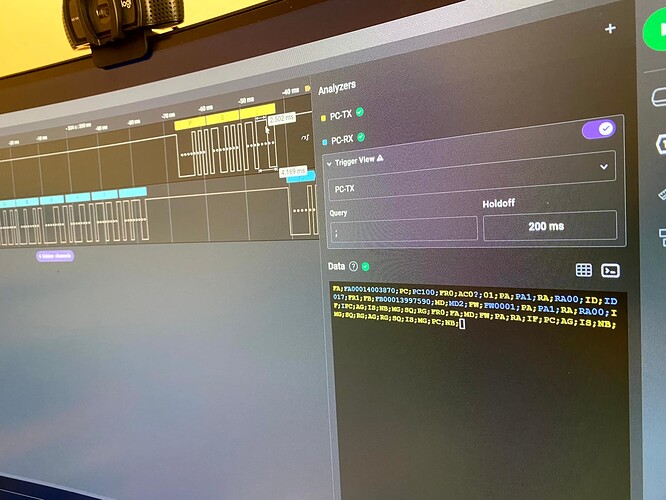 Other Kenwood TS-570D’s menu settings of interest for setting up Digital modes: