@K0TX Thanks for a great product, I’ve used my DigiRig 1.9 with my FT857 Manpack for quite awhile now and its a game changer! I’ve done HT data for years now with my TH-d74a and LOVE sitting at field day with the laptop on a picnic table and the HT in my trailer while I bluetooth packet for hours. Unfortunately my beloved Kenwood has died and in preparation for a trip to Iceland in two weeks I picked up an FT5DR thinking I could do some hotel winlink. I’ve been scratching my head for weeks now (as I have no hair to pull) and finally just gave up on making my own cable and bought one [Order #D-7606] (2022-12-31) which arrived today.

I’ve spent the better part of the day trying to get my HT to key, the grounding R2-S isn’t doing it, reading a bunch of old forums on Yeasu HT’s suggested a 2.2k resistor but that didn’t work either.

I see a note that you might have had a bad cable go out so I ohmed mine out and the connections are shown in picture 3. I tried both ways Straight cable end and 90 Degree Cable end with no luck (I presume the 90 is supposed to go to the rig? )

I’d given up for the day thinking my rig had a bad socket (Bought it Guaranteed refurb B-stock from HRO) and thought I wonder if I can listen with a normal pair of head phones while I take my walk, and bam TX all day… I can’t replicate the TX with any combination of shorting with a TRRS cable, but the stupid headphones key it up. I did try your suggestion of shorting two points on the board rather than the cable and that did not PTT either.

Looking at my tone out of the cable, is that correct one R with NC? I can send the radio back but am thinking of ordering a next day delivery of a Yeasu speaker/MIC to at least see if the Jack is good.

Any Suggestions? Sorry for hijacking another thread, but if its the cable its related. 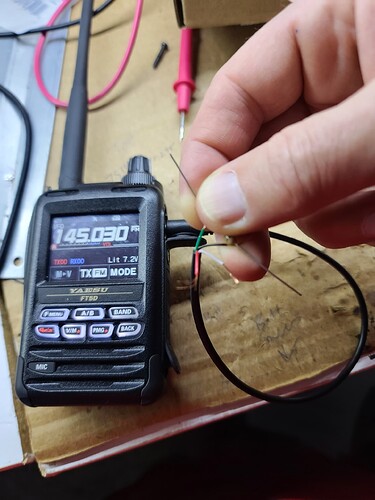 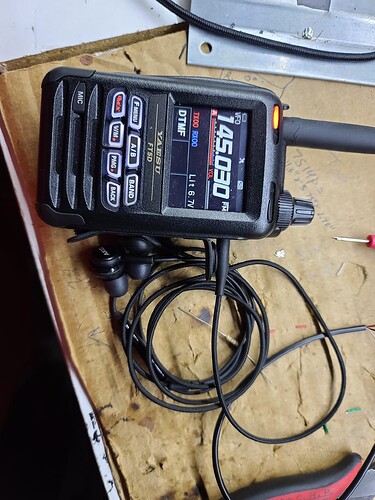 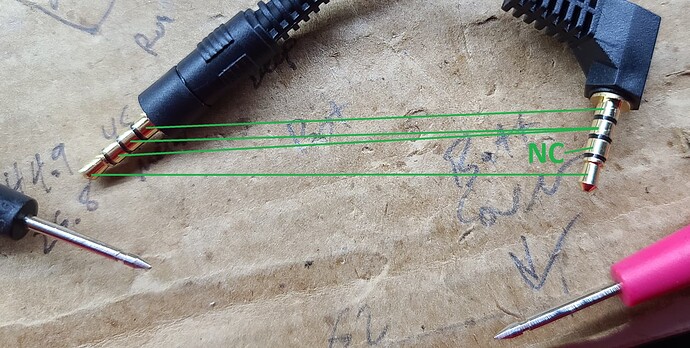 James,
PTT problem may be caused by the molding on the angled connector (the side that goes into the HT) preventing the full insertion. It works for most HTs, but there were some reports of bad contact with models that have a recessed accessory socket. Since then I’ve modified the design to address the issue: 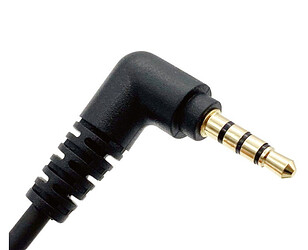 The quick fix is to modify the existing connector by trimming some of the plastic immediately behind the sleeve to make it flush with the metal part. For proper solution, please PM to arrange a replacement.